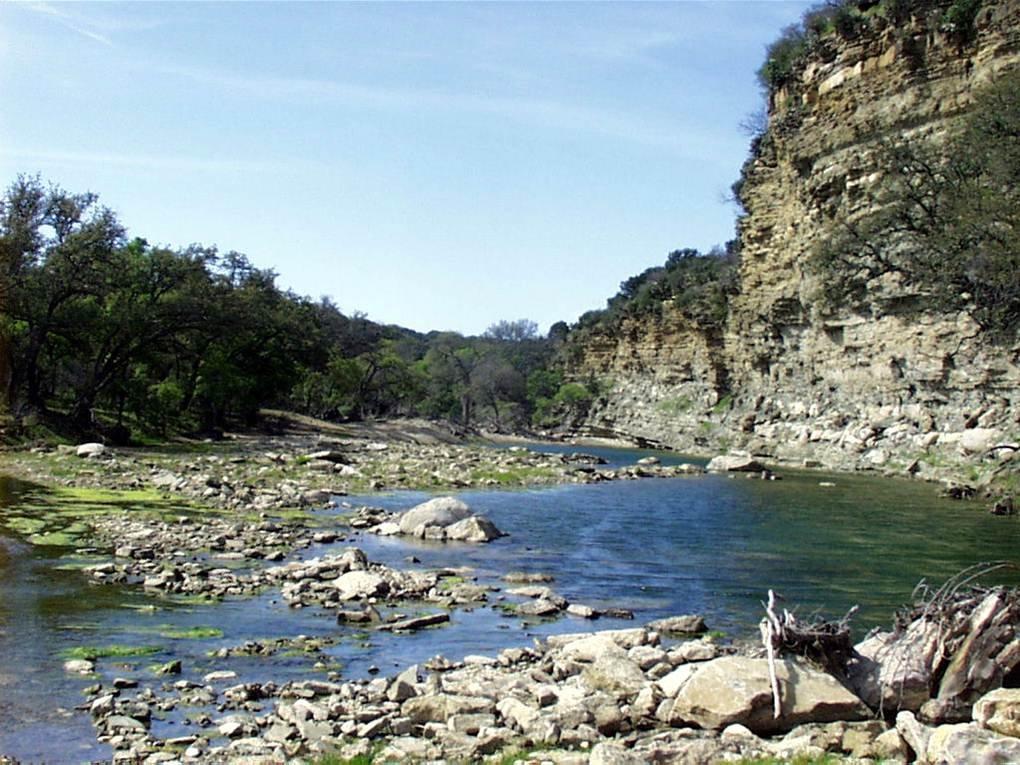 AUSTIN – The Llano River in Texas has been named one of 10 “Waters to Watch” for 2011 in the National Fish Habitat Action Plan. The watch list doesn’t necessarily indicate waters in trouble, but points to those that will benefit from strategic conservation efforts to protect, restore or enhance them, thus providing models for good work elsewhere.

The 10 “Waters to Watch” represent a snapshot of voluntary habitat conservation efforts in progress across the USA.  Regional Fish Habitat Partnerships forming throughout the country are conserving these waters under the National Fish Habitat Action Plan, an initiative begun in 2006 to avoid and reverse persistent declines in aquatic habitats that are essential for fish, wildlife and people.

In Texas, the Llano River project aims to protect and improve aquatic habitats of the Guadalupe bass, the State Fish of Texas. By rallying support around this popular yet imperiled species, the project is bringing together a wide range of partners to conserve the entire Llano watershed, including tributary streams that feed into it, as well as the upland hills and riparian riverbanks that affect water quality.

Guadalupe bass numbers have declined dramatically in recent years, partly due to changes in habitat. After eons of adapting to its stream environment, the state fish is at a disadvantage in modern-day reservoirs and in streams with diminished flow. However, the greatest threat to its continued existence is hybridization with introduced smallmouth bass.

The good news is many stream reaches throughout the fish’s native range remain relatively pristine and intact, despite steady human population increases in the region. However, projections of population growth, water demands, and land-use changes indicate these streams will soon be at risk. Like most of Texas, land within the fish’s native range is almost entirely privately owned, which makes effective collaboration with private landowners critical to the long-term conservation of habitats for Guadalupe bass and other native species.

The Llano project will protect and restore Guadalupe bass by developing a network of willing landowners interested in coordinated landscape conservation at a watershed scale.  These actions will promote functional riparian and stream systems and emphasize the conservation of native fish communities and supporting habitats. The network is attempting to curtail or eliminate activities on the landscape that degrade water quality, reduce water quantity, degrade riparian systems, favor non-native species or fragment stream systems, while encouraging a wide array of sustainable land-use activities compatible with aquatic resource conservation.

The project has so far assembled more than $1.4 million in grants and donations from project sponsors, including the National Fish and Wildlife Foundation and Anheuser-Busch Corporation. With these funds, partners are starting to stabilize stream banks and reestablish native plants to prevent erosion and support functional riparian zones, remove or redesign road crossings that are barriers to fish passage or that alter natural fluvial processes in the river.

The Llano project will enhance instream structural habitat, including placement of root wads, log and boulder complexes that support sustainable populations of Guadalupe bass and other native fishes, plus upland grasslands restoration to support recharge of springs and restored hydrologic flows.

A key partner group is the South Llano Watershed Alliance, an organization of landowners and interested stakeholders whose mission is to preserve and enhance the South Llano River and adjoining watersheds by encouraging land and water stewardship through collaboration, education, and community participation.

The national “Waters to Watch” list was first unveiled in 2007 and in 2011 will feature its 50th project.    Since 2006, the U.S. Fish and Wildlife Service has provided $12 million to support 257 on-the-ground Action Plan projects in 43 states, leveraging $30 million in partner match, to address the priorities of Action Plan Fish Habitat Partnerships. Additional funds have been provided by several other State and Federal agencies and Non- Governmental Organizations (NGOs) and industry partners.

“Our approach—teaming local, state, tribal, and federal agencies with private partners and stakeholders—is helping to bring these waters back to life in most cases, in a faster more strategic way,” said Kelly Hepler, Chairman of the National Fish Habitat Board. “By watching these 10 models of our nation’s aquatic conservation efforts underway, we can see real progress, in both avoidance and treatment of causes of fish habitat decline. Too often we have focused on treatment of symptoms with limited success.  Through sound science and on-the-ground locally driven partnerships, these select Action Plan projects can be held high as a vision of what quality habitat should and can be.”