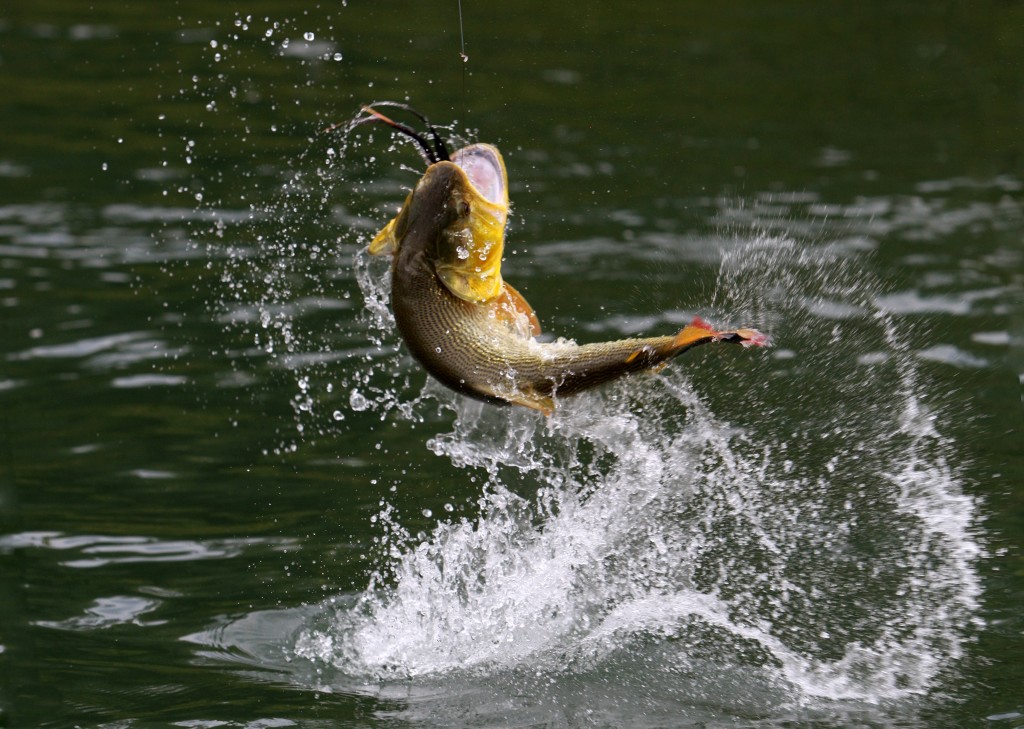 ATHENS—The hotter the weather, the more difficult it is to keep bass in livewells healthy, especially during tournaments, when heavy limits of fish may be held for several hours until weigh-in.

“Dissolved oxygen is the single most important factor for keeping bass alive,” said Randy Myers, Texas Parks and Wildlife Department (TPWD) Inland Fisheries biologist from San Antonio. “It is very difficult to supply enough oxygen to keep tournament limits of 30 pounds or more alive. Such limits are common at Falcon, Amistad and other Texas reservoirs.”

Modern bass boats typically have two ways of maintaining oxygen levels in livewells. One is to continuously exchange water in the livewell with lake water. The other is to mix air with water so that oxygen in the air can be dissolved into the water. For specific instructions concerning livewell management procedures see http://assets.espn.go.com/winnercomm/outdoors/bassmaster/pdf/b_con_KeepingBassAlive.pdf.

Unfortunately for the fish, neither method can maintain sufficient oxygen in the water when the weight of fish in the livewell exceeds one pound of fish for every gallon of water and water temperatures are high. “There is only a small buffer between the oxygen level maintained by recirculation systems and the oxygen level detrimental to fish survival when a livewell contains a small to moderate limit of fish,” Myers said. “Fish displace water in the livewell, reducing the amount of water available to hold oxygen, and in the case of a heavy limit, there may not be enough water in the livewell to hold sufficient oxygen to keep the fish alive.”

Tournaments exact a penalty for dead fish brought to weigh-in, so anglers do what they can to keep their catch alive, but their options are limited. “It is not advisable to continuously exchange water during summer months, because reservoir surface water temperatures often become excessive later in the day and can contribute to mortality,” Myers said. “Alternatively, anglers can add ice to the livewell to slow fish’s metabolism, run recirculation pumps continuously to provide oxygen by mixing and exchange water in livewells only two or three times a day.”

Recent research by TPWD showed that during summer months most mortality of tournament-caught fish occurs one to three days after they are released back into the reservoir. This is called delayed mortality. “Delayed mortality ranged from 18.2 percent to 43.1 percent of the fish in tournaments held when the water temperature exceeded 79 degrees Fahrenheit,” Myers said. “Adding mortality of fish weighed in dead can result in total mortality of 50 percent. Use of appropriate livewell management and fish-care procedures will increase the likelihood of long-term survival of fish caught in tournaments and then released.”

TPWD hatcheries routinely use oxygen injection in hauling tanks to maintain the health of fish even when transporting more than one pound of fish to one gallon of water. “However, boat manufacturers do not offer oxygen injection systems, and very few tournament anglers have installed oxygen equipment on their boats,” Myers noted.

In addition to being a fisheries biologist, Myers is a tournament angler, and he has installed an oxygen injection system in his personal boat. “The total cost of components is less than that of many high-end fishing rods,” he said.

TPWD’s Inland Fisheries team in San Antonio tested various oxygen cylinders, regulators, hoses, connectors and diffusers and developed a simple, effective and safe system that anglers can install in their bass boats. Equipment was evaluated on three different bass boat makes, each having a slightly different recirculation system. Testing revealed that livewell oxygen concentration after one hour was about twice as high for the oxygen injection system compared to standard recirculation.

“Proper installation and operation of an oxygen injection system will ensure oxygen levels remain above the preferred level of 7 mg/l even when livewells contain heavy limits,” Myers said.

Myers and his team produced a PowerPoint presentation detailing the components needed, installation procedures, sources of components and approximate costs. It can be viewed at http://www.slideshare.net/raminlandfish/livewell-oxygen-injection.

Demonstration oxygen injection units can also be seen at Falcon Lake Tackle in Zapata and Angler’s Lodge in Del Rio. Anyone with questions can contact Myers at (210) 688-9460.

A more detailed version of the information in this press release may be found at http://www.tpwd.state.tx.us/fishboat/fish/didyouknow/inland/livewells.phtml.

Tournament-caught fish also often suffer from overinflated air bladders, a condition called barotrauma. This condition can be relieved by a procedure commonly called fizzing. For information about barotrauma and fizzing see http://www.tpwd.state.tx.us/newsmedia/releases/?req=20110202d.