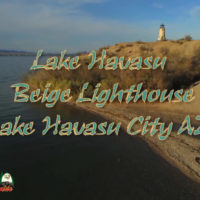 The lights on Lake Havasu – red and green – are for navigation. They are the Coast Guard designated colors, and have a three and a half nautical mile range.

The flashing amber lights are a sign of a safe harbor, where a boater can find refuge or help. Those lights have a range of about 10 to 15 miles.

All the lighthouses are about 17 to 22 feet tall, but one is 30 feet tall. It’s modeled after Cape Hatteras, which is located in North Carolina and is the largest lighthouse in the U.S.

View all posts by Havasu Guide →