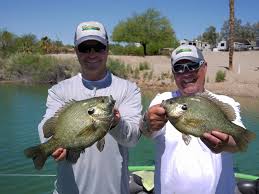 Lake Havasu continues to be ranked as one of the top places to fish for bass in the country! The largemouth and smallmouth bass fishing should continue to be great. Fishing was has been pretty good all year: Tournament anglers have needed five-fish bags weighing around 20 pounds to win a tournament and it was not uncommon to catch bass of more than 5 pounds and some even approaching 10 pounds. This year’s electrofishing survey conducted by the Arizona Game and Fish Department and the California Department of Fish and Wildlife showed an abundant bass with an adult population that should provide great fishing now and a juvenile fish population that anglers will be able to catch for several years to come. Fishing should continue to be good as the water temperatures fall from the upper lower 60s in December to the 50s later in the winter. Due to the low water temps, the key to successful winter fishing in this desert lake is going to be fishing slow.

To catch largemouth bass this time of year, be sure to fish slowly. Plastics may be the best option; some of the best plastic baits for Havasu are weightless Texas-rigged Ikas, Roboworms on a dropshot rig, or weightless Texas-rigged senkos. Due the the cold temps, baits like top-water lures such as frogs or walk-the-dog type of baits, or reaction baits like spinnerbaits or crankbaits are not going to be quite as successful as during the warmer months, though it never hurts to have them rigged up just in case. For largemouths, it is generally best to fish around structure such as weedbeds, emergent vegetation, boat docks, or artificial habitat.

Striper fishing was fairly good throughout most of the fall, we have been getting a few reports of limits of stripers, though the limits have been tending to consist mostly of 12 to 16 inch fish. There is still a chance of catching a 15-plus pound fish, but not as good as in years past. Using live shad for bait is a good bet any time of the year. Using your electronics to find schools of threadfin or gizzard shad will generally help you locate stripers, as these fish are the main forage for striped bass in Lake Havasu. As always, fishing on the bottom or trolling with live shad or cut anchovies should be a good bet. Even though it is not prime time for boils, always keep an eye out for “boils” or where birds are actively feeding — these boils could be your best bet for some fast and furious action. Use top-water lures, spoons, or swimbaits that resemble shad to take advantage of these boils. Night fishing with dead bait for stripers is another option that may be successful. When doing this, anchor on a point near a drop off and fish with cut anchovies or threadfin shad. To increase your chances of success, bring some underwater lights to attract both bait and stripers.

The redear sunfish fishing should continue to be world class, and the winter should provide some great fishing! Lake Havasu continues to host the state and world record for redear sunfish with a monster of 5 pounds and 12.8 ounces caught back in 2014. Redear sunfish in the 2-pound range and larger are regularly caught: During our 2018 fall survey we captured dozens of fish of more than 2 pounds, with one even tipping the scales at 4.3 pounds and 15.8 inches in length! Bluegill and redear can be caught around structure such as docks, vegetation, or artificial structure using mealworms, nightcrawlers, flies or small crappie jigs.

Channel catfishing gere is generally underutilized by anglers. Due to low water temps, the fishing may not be great, but there are still opportunities to catch fish. Lake Havasu has the potential to produce some very large fish; in fact, a Colorado River catch-and-release record channel catfish was caught in Lake Havasu in early May. Several fish of similar size were harvested during the creel survey of Lake Havasu from July 2017 to June 2018, which means this possible new record could be broken relatively quickly. Channel catfish are widespread in the lake and can be caught using nightcrawlers, live bait, hot dogs, anchovies, chicken liver, stinkbait or about anything that “stinks.”

Flathead catfish are relatively uncommon in the upper part of the lake, but are relatively abundant in the lower half, especially in the vicinity of the Bill Williams River arm of the reservoir. Flatheads can be caught any time of the year, but due to low water temps, fishing for flathead catfish will generally be pretty slow during winter. For flathead catfish, it is best to use live bait such as bluegill or small common carp.

Large carp are abundant in the lake and can provide some exciting fishing. Twenty to 25-pound carp are not uncommon. Most people use canned corn or dough balls. 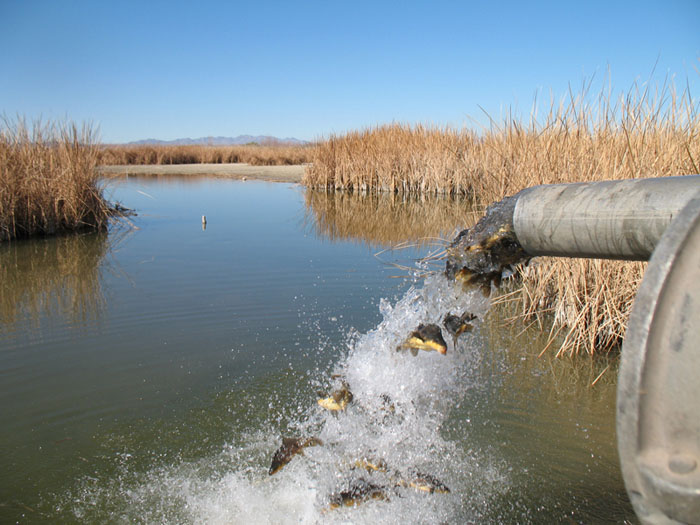 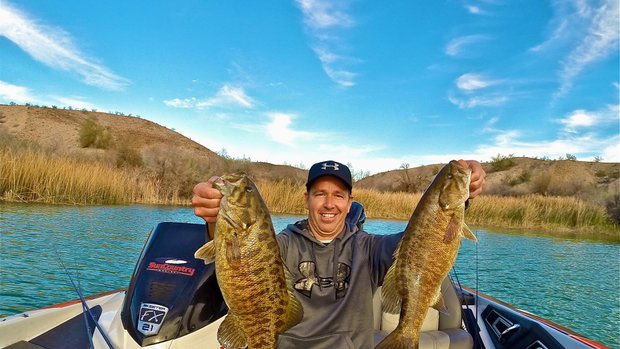 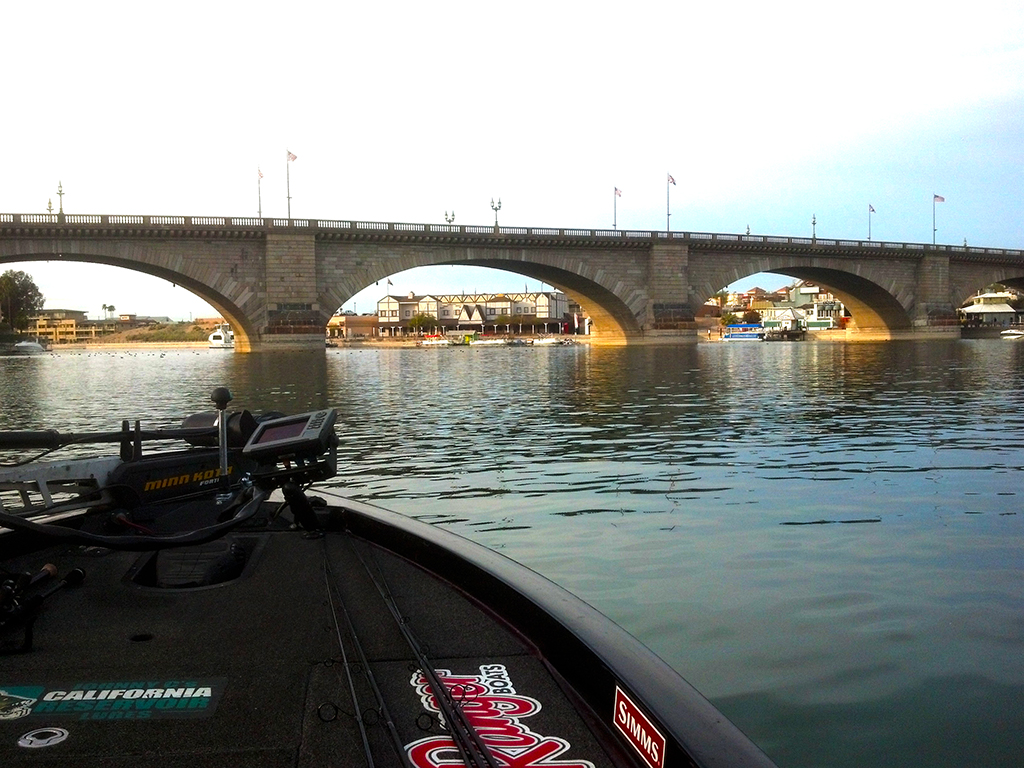 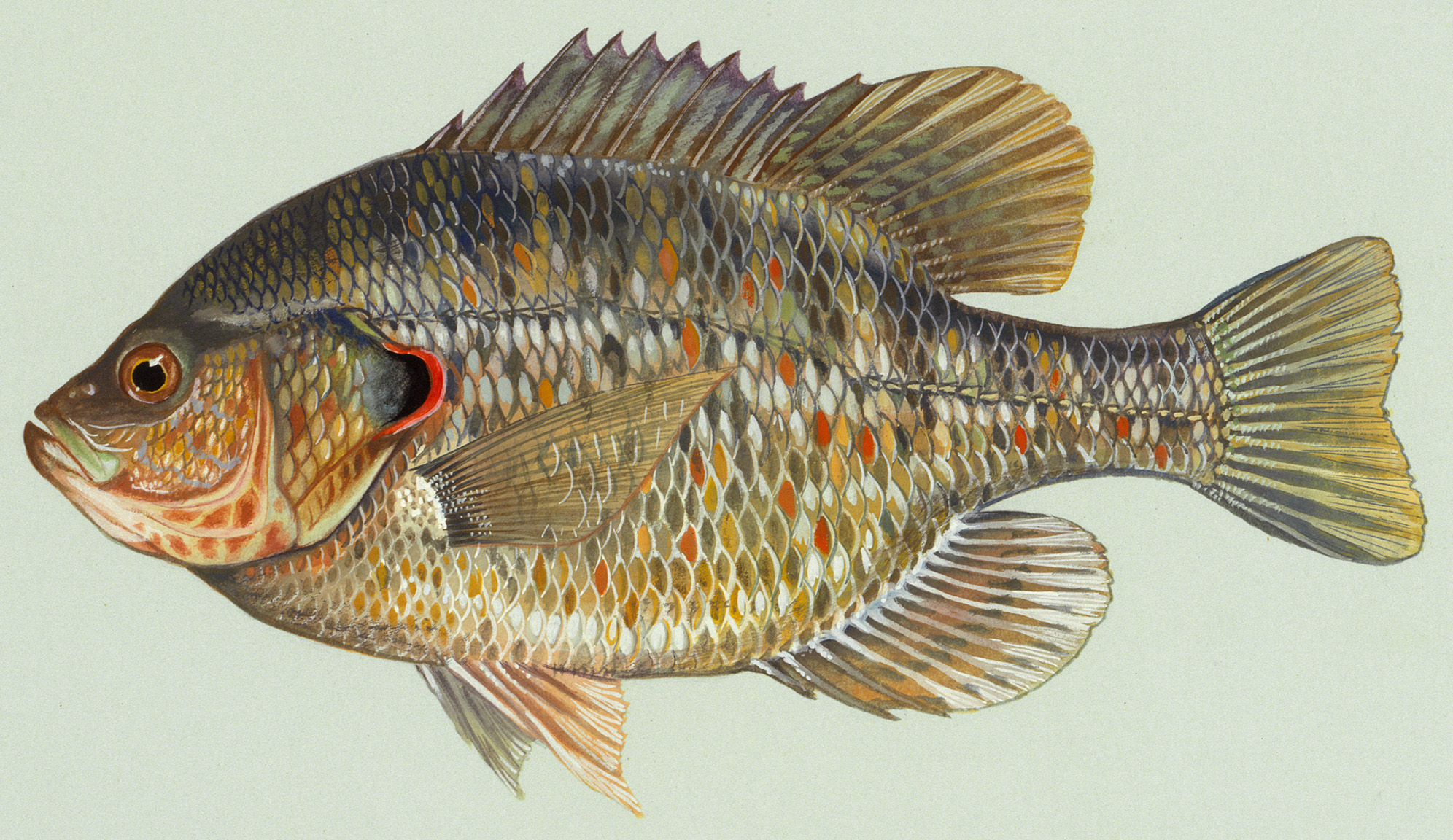